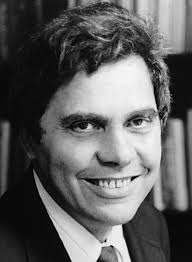 Having sat through two dozen or so graduation speeches, I have naturally wondered why they are so often so bad. One reason, of course, is that the speakers are chosen for their eminence in some field, and not because they are either competent speakers or gifted writers. Another reason is that the audience is eager to be done with all ceremony so that it can proceed to some serious reveling. Thus any speech longer than, say, fifteen minutes will seem tedious, if not entirely pointless. There are other reasons as well, including the difficulty of saying something inspirational without being banal. Here I try my hand at writing a graduation speech, and not merely to discover if I can conquer the form. This is precisely what I would like to say to young people if I had their attention for a few minutes.

If you think my graduation speech is good, I hereby grant you permission to use it, without further approval from or credit to me, should you be in an appropriate situation.

Members of the faculty, parents, guests, and graduates, have no fear. I am well aware that on a day of such high excitement, what you require, first and foremost, of any speaker is brevity. I shall not fail you in this respect. There are exactly eighty-five sentences in my speech, four of which you have just heard. It will take me about twelve minutes to speak all of them and I must tell you that such economy was not easy for me to arrange, because I have chosen as my topic the complex subject of your ancestors. Not, of course, your biological ancestors, about whom I know nothing, but your spiritual ancestors, about whom I know a little. To be specific, I want to tell you about two groups of people who lived many years ago but whose influence is still with us. They were very different from each other, representing opposite values and traditions. I think it is appropriate for you to be reminded of them on this day because, sooner than you know, you must align yourself with the spirit of one or the spirit of the other.

The first group lived about 2,500 years ago in the place which we now call Greece, in a city they called Athens. We do not know as much about their origins as we would like. But we do know a great deal about their accomplishments. They were, for example, the first people to develop a complete alphabet, and therefore they became the first truly literate population on earth. They invented the idea of political democracy, which they practiced with a vigor that puts us to shame. They invented what we call philosophy. And they also invented what we call logic and rhetoric. They came very close to inventing what we call science, and one of them – Democritus by name – conceived of the atomic theory of matter 2,300 years before it occurred to any modern scientist. They composed and sang epic poems of unsurpassed beauty and insight. And they wrote and performed plays that, almost three millennia later, still have the power to make audiences laugh and weep. They even invented what, today, we call the Olympics, and among their values none stood higher than that in all things one should strive for excellence. They believed in reason. They believed in beauty. They believed in moderation. And they invented the word and the idea which we know today as ecology.

About 2,000 years ago, the vitality of their culture declined and these people began to disappear. But not what they had created. Their imagination, art, politics, literature, and language spread all over the world so that, today, it is hardly possible to speak on any subject without repeating what some Athenian said on the matter 2,500 years ago.

The second group of people lived in the place we now call Germany, and flourished about 1,700 years ago. We call them the Visigoths, and you may remember that your sixth or seventh-grade teacher mentioned them. They were spectacularly good horsemen, which is about the only pleasant thing history can say of them. They were marauders – ruthless and brutal. Their language lacked subtlety and depth. Their art was crude and even grotesque. They swept down through Europe destroying everything in their path, and they overran the Roman Empire. There was nothing a Visigoth liked better than to burn a book, desecrate a building, or smash a work of art. From the Visigoths, we have no poetry, no theater, no logic, no science, no humane politics.

Like the Athenians, the Visigoths also disappeared, but not before they had ushered in the period known as the Dark Ages. It took Europe almost a thousand years to recover from the Visigoths.

Now, the point I want to make is that the Athenians and the Visigoths still survive, and they do so through us and the ways in which we conduct our lives. All around us – in this hall, in this community, in our city – there are people whose way of looking at the world reflects the way of the Athenians, and there are people whose way is the way of the Visigoths. I do not mean, of course, that our modern-day Athenians roam abstractedly through the streets reciting poetry and philosophy, or that the modern-day Visigoths are killers. I mean that to be an Athenian or a Visigoth is to organize your life around a set of values. An Athenian is an idea. And a Visigoth is an idea. Let me tell you briefly what these ideas consist of.

To be an Athenian is to cherish language because you believe it to be humankind’s most precious gift. In their use of language, Athenians strive for grace, precision, and variety. And they admire those who can achieve such skill. To a Visigoth, one word is as good as another, one sentence is indistinguishable from another. A Visigoth’s language aspires to nothing higher than the cliché.

To be an Athenian is to understand that the thread which holds civilized society together is thin and vulnerable; therefore, Athenians place great value on tradition, social restraint, and continuity. To an Athenian, bad manners are acts of violence against the social order. The modern Visigoth cares very little about any of this. The Visigoths think of themselves as the center of the universe. Tradition exists for their own convenience, good manners are an affectation and a burden, and history is merely what is in yesterday’s newspaper.

To be an Athenian is to take an interest in public affairs and the improvement of public behavior. Indeed, the ancient Athenians had a word for people who did not. The word was idiotes, from which we get our word “idiot.” A modern Visigoth is interested only in his own affairs and has no sense of the meaning of community.

And, finally, to be an Athenian is to esteem the discipline, skill, and taste that are required to produce enduring art. Therefore, in approaching a work of art, Athenians prepare their imagination through learning and experience. To a Visigoth, there is no measure of artistic excellence except popularity. What catches the fancy of the multitude is good. No other standard is respected or even acknowledged by the Visigoth.

Now, it must be obvious what all of this has to do with you. Eventually, like the rest of us, you must be on one side or the other. You must be an Athenian or a Visigoth. Of course, it is much harder to be an Athenian, for you must learn how to be one, you must work at being one, whereas we are all, in a way, natural-born Visigoths. That is why there are so many more Visigoths than Athenians. And I must tell you that you do not become an Athenian merely by attending school or accumulating academic degrees. My father-in-law was one of the most committed Athenians I have ever known, and he spent his entire adult life working as a dress cutter on Seventh Avenue in New York City. On the other hand, I know physicians, lawyers, and engineers who are Visigoths of unmistakable persuasion. And I must also tell you, as much in sorrow as in shame, that at some of our great universities, perhaps even this one, there are professors of whom we may fairly say they are closet Visigoths. And yet, you must not doubt for a moment that a school, after all, is essentially an Athenian idea. There is a direct link between the cultural achievements of Athens and what the faculty at this university is all about. I have no difficulty imagining that Plato, Aristotle, or Democritus would be quite at home in our class rooms. A Visigoth would merely scrawl obscenities on the wall.

And so, whether you were aware of it or not, the purpose of your having been at this university was to give you a glimpse of the Athenian way, to interest you in the Athenian way. We cannot know on this day how many of you will choose that way and how many will not. You are young and it is not given to us to see your future. But I will tell you this, with which I will close: I can wish for you no higher compliment than that in the future it will be reported that among your graduating class the Athenians mightily outnumbered the Visigoths.

Thank you, and congratulations.