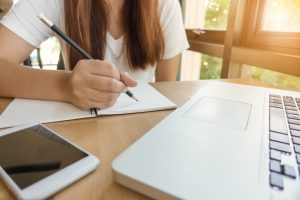 The comma is a necessary instrument in the writer’s toolbox. Commas can be quite helpful to indicate to a reader that you, the writer, are pausing in your sentence flow; but they can also, if you let them, stop the reader too often and, unnecessarily, as in this sentence. The word “comma” comes from the Greek word kómma, meaning, cut off piece. In the above sentence you can see how pieces were indeed cut off from the main part of the sentence: “the writer” and “if you let it” being examples. The comma is used in lists (1,2,3,….), for the separation of independent clauses (I used go swimming all the time, but now I get in the water only sometimes), and to hive off various things (parenthetical phrases) in the sentence which are not part of the main, or independent, clause. Parenthetical phrases are a fun way to use a comma, by giving information that is not essential to the sentence. But, while not essential they can, in my opinion, be fairly close to it.

~The Roman Emperor Constantine, while on the road to Rome, had a vision.~

While the sentence doesn’t need “while on the road to Rome,” it sure fills out the context for the sentence and looks like very important information for the reader. So, while not essential, it looks pretty close to it. Of course there are other ways to make this sentence, even without commas, but the point here is to use them. 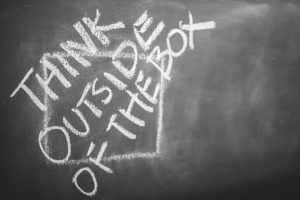 Another thing I like about commas is their use in a longer sentence where you get a few of those extra pieces thrown in, but the trick is making them flow so the reader continues tracking with you. Consider the following example:

~In all but a few cases, when making bread it is important to have a hot oven, up to 500 degrees, that is, if possible, to ensure that you get a proper rise.~

In this sentence, the author throws in three extra pieces, but the question is, do those extras throw the reader off and break up the flow between the words “oven” and “to ensure?” You can probably see that the writer is just at the edge of what a reader should be expected to stop and consider in the middle of the sentence, but throwing in one more would be inadvisable, such as:

~ In all but a few cases, when making bread it is important to have a hot oven, up to 500 degrees, that is, if possible, especially in light of the variability in oven temperature maximums, to ensure that you get a proper rise~

You can see how this seems strained, as if there was butter scraped over too much bread, as it were, and by the time we get to “to ensure,” we are only just able to connect it to the mother clause. But it is not that the sentence is too long; long sentences can be very effective if put together well. Consider this:

~Similar to scientists applying formula and technique to their matter in order to come up with physical laws, historians must engage in a critical analysis of the recorded actions of historical figures in order to suggest, not laws, but explanations of the probable motivations, whether internal or external, which best explain the actions of these people in light of other historical examples and the common experiences of human kind, including our own experience.[1]

In this example, much longer than the previous one, there is much more detail, but because there are less extra pieces thrown in, non-essentials, as it were,  we can follow and understand it more easily.

Use commas to throw in extra pieces to help the reader have a better understanding of context, but don’t throw in too many. Be kind to your readers, they are doing you the honor of reading your work, after all.

[1] See generally P.H. Nowell-Smith, Are Historical Events Unique?, Proceedings of the Aristotelian Society, New Series, vol. 57 (1956-1957): 107-160. Nowell-Smith makes a number of interesting observations germane to the question of historical events and entities, a few of which I will note here: “…despotism, the bourgeoisie and the Holy Roman Empire are all entities.” (140); “…historians use general words, and the use of such words presupposes the recognition of similarities. To talk of the Revolutions of 1688, 1789, and 1848 is already to recognize these events as similar in some respects.” [And yet for the historian who studies the Revolution of 1688, he recognizes there is no such thing as a typical revolution.] (117); “Explanation in history often takes the form, not of discovering the events with which a given event is causally connected in the regularity sense, but in expounding in detail in what the given event consisted.” (135).

The footnote is just a bonus for those interested, and to encourage the practice of citation in your own work. Always credit ideas you got from another person, unless what you are borrowing amounts to general knowledge: such as the fact that apples are a food horses like to eat. Who cares who wrote it first, it is general knowledge so don’t be afraid to use it. The trick is determining when a fact becomes so specific that it is no longer general knowledge. For instance, if I read somewhere that in a recent study it was found that horses preferred green apples, then I should cite that author and the study they cite for two reasons. The most important is that it is not general knowledge and you are taking specific information in the form of a claim about a fact from a source; the other less important reason is because if that information is something that interests the reader or the reader thinks it might be wrong for some reason, such as they have a horse that eats only red apples and spits the green ones out, they can then read it for themselves given your proper citation. So, in this post the comma was highlighted, next time I will talk about the semi-colon.

For a more detailed guide on comma use, visit Purdue University’s Writing Lab. You can also read what grammar girl has to say on the subject.